Waldeck were appointed by Willmott Dixon to provide multi-disciplinary services for the new Lincoln Transport Hub.

The scheme also saw improvements to Lincoln Central railway station, creating a more accessible and attractive gateway to the city. 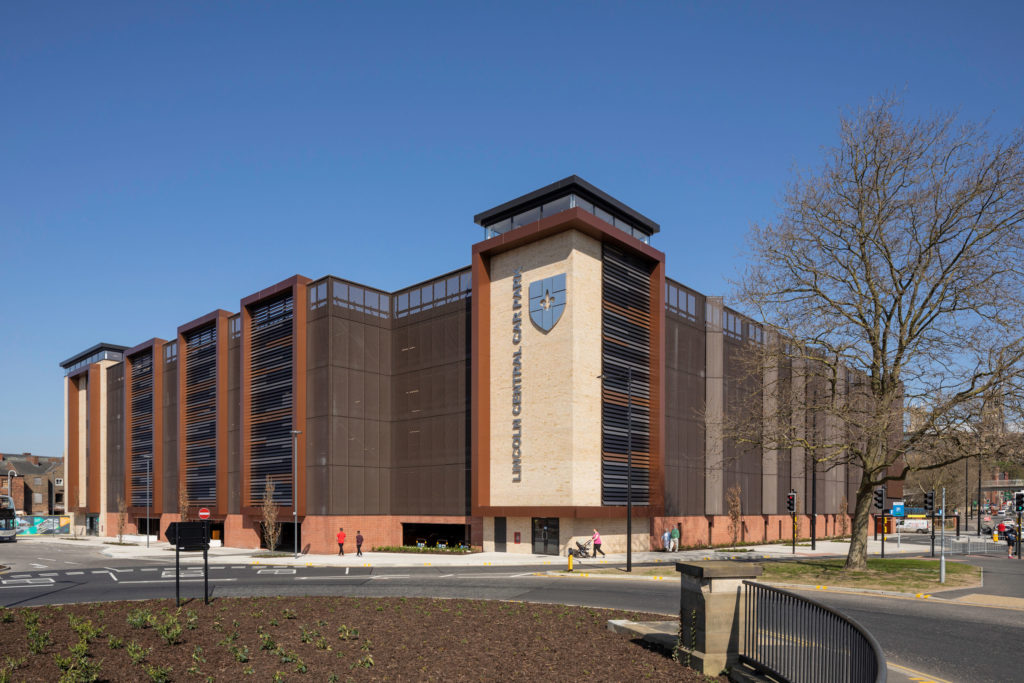 Our team were involved in the project for almost four years, following the need to re-design the scheme masterplan in late December 2015.

Working in collaboration with Wilmott Dixon and John Roberts Architects, a new proposal was prepared, considered and accepted by City of Lincoln Council in early January 2016.

On approval of the revised masterplan, the scheme was developed alongside numerous stakeholders and end users to enable a planning application to be submitted and for construction to commence in autumn 2016.

The realignment of the existing highways was critical to the scheme and was made more complicated by the presence of a culverted watercourse that bisected the site.