Congratulations to Stephen Morrish, CAD Engineer working on EDF Energy’s Hinkley Point C who was awarded HPC Project Star of the month. Stephen was nominated for working tirelessly to produce […]

Stephen was nominated for working tirelessly to produce ‘300 series’ drawings every week and for breaking down barriers to get multiple contractors working as a team.

Stephen has been on-site for almost a year now and works in the Site Engineering Digital Team as a CAD Engineer.

Amongst other roles, Stephen is responsible controlling the site hazard plan which entails meeting regularly with representatives from the construction teams to gather their latest as-built records, he then transposes that onto the Nuclear New Build (NNB) masterplan which is issued weekly to provide visibility on where underground services are installed on site. This task is essential to help prevent strikes of existing services.

When presenting the award, Rob Jordan, Site Construction Director recognised the importance of knowing where the underground services are located and praised Stephen for getting others to engage with the process and his commitment to Zero Harm. 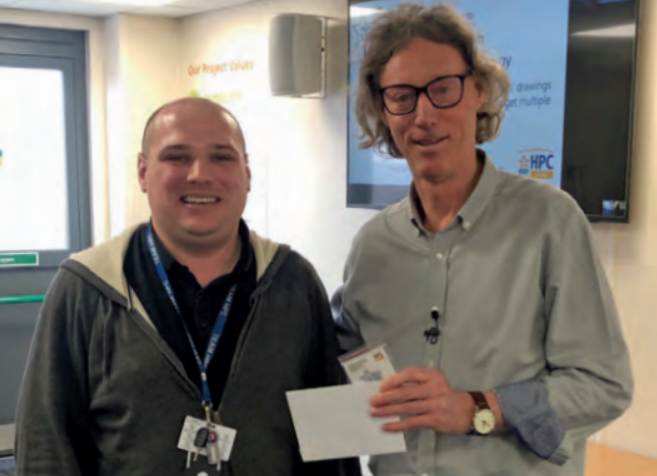